Apartment For Sale in Benguet

Income Generating Apartment in La Trinidad Accessible To All

4 Storey Apartment/House And Lot For Sale In Baguio City!!!

For Sale Income-Generating Property in Baguio at a Prime Location

2-Storey Building for Sale in Binmaley, Pangasinan along National Road

92.5km
Poblacion Sur, Santa Maria
One year old dormitory with 12 rooms, 2 water tanks, dining room, dirty kitchen, 4 shower rooms, 8 bathrooms/toilet, gazebo and empty lot.    It is ready to build a second floor as the foundation of the building is built to accomodate 3 floors.   Located in Bagong Barrio, Sta Maria Ilocos.  The built up area is 300 sqm and the free lot is 300 sqm so total of 600 sqm lot.  Clean title deed. 5 mins walk from a university ISPSC, Sta Maria Ilocos Sur and opposite  Sta Maria. National High School.  Within the same compound/next to it is a student cafe and Western Union branch.   Currently 40 percent occupied. Owner is based in Europe and can not manage so need to sell.  Bedrooms 10 rooms has 6 pax capacity with 3 built in bunkbeds 2 rooms has 4 pax capacity with 2 built in bunk beds All have ceiling fans and built in cabinets Bathrooms 4 are fitted with shower Toilets 8 in total and can be combined as bathroom Dining rooms Has fitted cabinets and dining tables and chairs Dirty kitchen and lanai
₱ 7,000,000
1
Bedroom
30 m²
Floor area
View Info
Contact Agent

See condominiums in your radius
3 listings
20

Get the Lamudi App

Buy or rent property with ease using our app. Scan this QR Code to download.

A Land of Great Respite 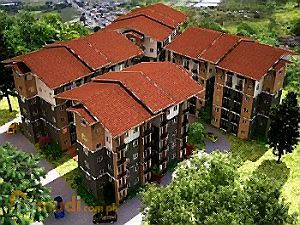 While somewhat different from the more easily recognizable provinces in Luzon, the province of Benguet continues to possess a unique charm that makes it appealing to residents, visitors, and investors alike. The cool climate alone has been enough to make many choose to live and invest in the area, and locations like the city of Baguio and the valley-municipality of La Trinidad continue to be a go-to respite for people from all over the country.

The province offers an excellent quality of life, just not in the same way as its more urban counterparts. The city of Baguio may be officially independent from the province, but it is still one of the most developed locations in Northern Luzon. Several municipalities in Benguet also have everything one would expect from well-established towns.

The Salad Bowl of the Philippines

What makes this province truly complete and highly competitive is its vegetation. Nicknamed the “Salad Bowl of the Philippines”, Benguet is a prime place to buy and even grow one’s own fruits and vegetables. A healthy diet is easy to practice in the province, and coupled with a climate and environment that allows for extended stays outdoors, it is quite understandable why many choose to lead the laid-back life that the province provides.

The province comprises a total of 13 municipalities. Along with the independent city of Baguio, these locations offer an intriguing insight into the diversity of the province with majority of the northwestern portion occupied by the Kankanaey ethnic group, the Ibalois in the southeast, and by Kalanguyas in the east.

Apartment for Sale in Benguet 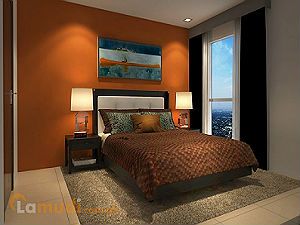 Plots for sale are actually the most common property type in Benguet. Apartments and condominiums are only second. Most are situated in Baguio City and in the nearby town of La Trinidad. The quaint urban appeal of Baguio and the strawberry and vegetable plantations of La Trinidad tend to draw plenty of tourism in, making both great places for real estate investments because they can provide passive income through rent and capital appreciation over the long term.

While an apartment in Benguet tends to be concentrated in just two areas, there are still numerous flats to choose from. One example is Central Apartments in Quisumbing Street, Baguio, which is a master-planned community close to schools, malls, hospitals, and the city’s leisure spots.

Flats in the province are not only limited to high-rise units. There is also a huge number of duplex apartments and row houses available. Their prices range from PHP 6 million for a unit in a three-storey building to an entire row house for PHP 40 million.

Find Other Properties in Benguet